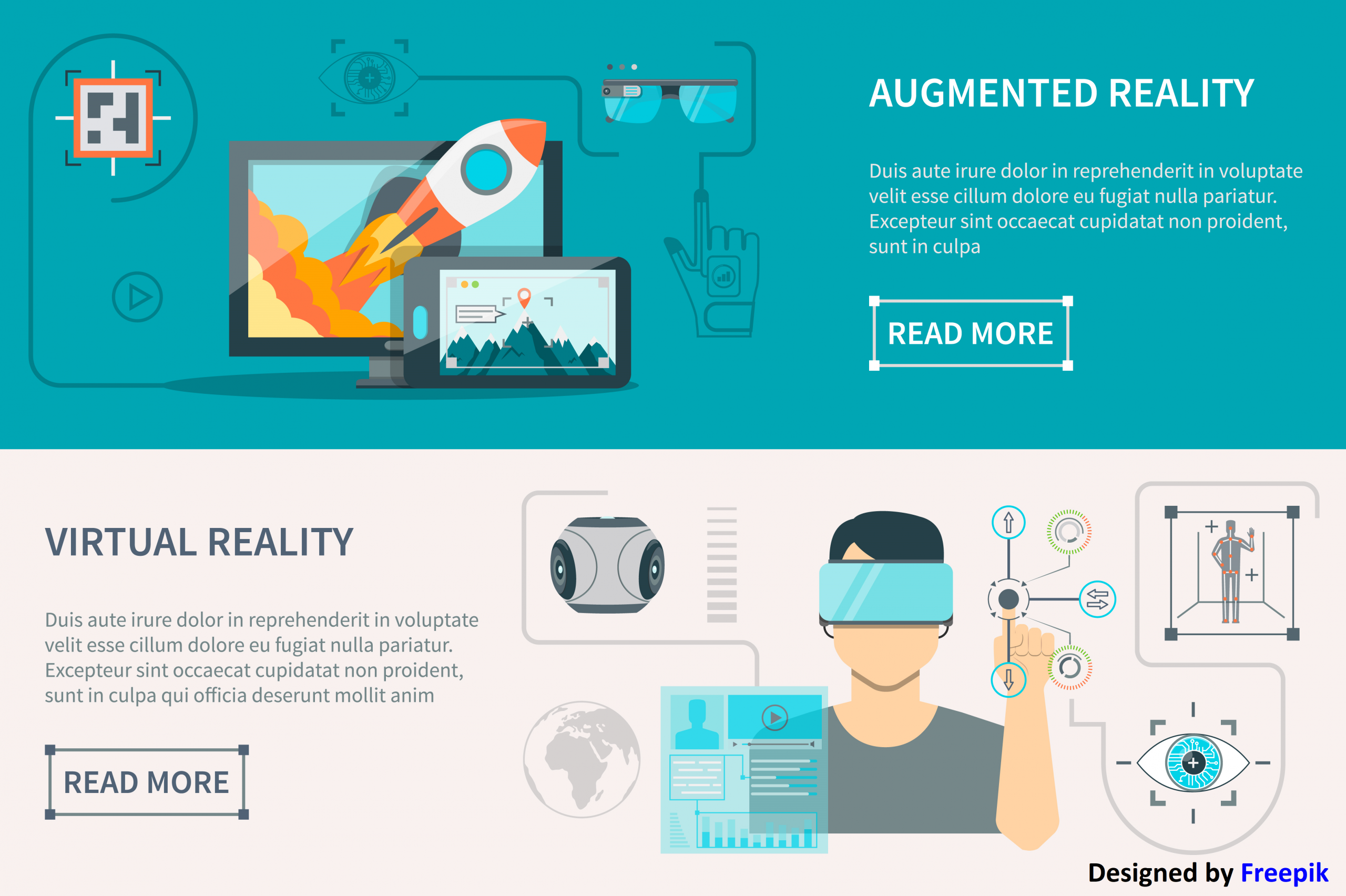 In this digital world, we spend time looking at screens. Beaten laptops, cell phones, and T.V. have become a big part of our lives, and V.R. and A.R. are two technologies that change how we use screens.

Augmented reality and virtual reality technology generate interest in their possibilities for marketing, gaming, entertainment, e-commerce business, and brand development. It sounds similar, but they are two very different concepts.

What is Virtual Reality (V.R.):

Virtual reality is a computer-generated technology to take you in the alternate world or reality. This technology is used in 3D movies and video games. It is also used in training, education, and science. V.R. headsets consist of a head-mounted display with a small screen in front of the eyes and a specially designed room with multiple large screens.

What is Augmented Reality (A.R.):

A.R. can be defined as a system that incorporates three basic features a combination of natural and virtual worlds, real-time interaction, and accurate 3D registration of virtual and natural objects. Augmented reality means putting a digital product in the environment.

Augmented reality technology is designed for unrestricted movement. This technology projects 3D aspect over whatever you were looking at. This concept extends to smartphones with apps and games like Snapchat and pokemon go game, hololens holograms, etc.

Difference between A.R. and V.R.:

Wherever any material is quoted as sourced from the published text with publishing rights vested in an individual, it is stated that it is a pure quotation and no intention to claim it as our own.

Starting a project is just a few steps away...

Any cookies that may not be particularly necessary for the website to function and is used specifically to collect user personal data via analytics, ads, other embedded contents are termed as non-necessary cookies. It is mandatory to procure user consent prior to running these cookies on your website.